If you are someone who recently engaged in a truck collision in Louisville, KY and are considering taking legal action against the party responsible for causing the accident, you may have begun doing some research to find out how long it might take for your case to settle. What you may have learned after reviewing some past cases or speaking with friends and family is that each case is handled differently which means the timeframe it took to settle it varied. What you may have also noticed is that some cases took years before they reached an end and the victim was finally compensated.

Now, if you’re wondering why some truck accident cases take so long to settle, read on as we highlight some of the main reasons below.

The first and most important thing you have to consider are the injuries you sustained. Were they severe enough to the point that you are now unable to work? Have you been informed on the projected timeframe it will take for your injury to heal? The fact of the matter is your injuries won’t heal overnight so you can’t expect your case to settle that quickly either. And because you probably want to be compensated for all of the medical bills you have incurred along with the lost wages and unexpected expenses you have had to pay, you need to give it time while you undergo treatment so that you can sue for the appropriate amount of money.

For instance, Aurora Health Care estimates that it could take a whiplash victim months before they recover and someone who sustained a back or spinal cord injury six months to a year. That means that within that time period, a person may have had to visit their doctor regularly, undergo surgery, go through rehabilitation, etc. all of which needs to be factored into your lawsuit. Now, one thing a truck accident lawyer can do is gather and review all of your medical records to determine what your estimated medical expenses will be along with how long you will be out of work for so that they can initiate the lawsuit process, however, they may want to wait a little while you go through your treatments to get a more accurate estimate of what your damages are worth.

After all, you wouldn’t want to demand that the trucker and/or their employer pay $50,000 in damages only to learn that your medical bills along with other expenses amounted to more than $100,000, would you? Therefore, it is best to let your case run its course and let your truck accident lawyer focus on when you should push to get your case settled so that the outcome is a favorable one for you.

While you would assume that the person who hit you would take responsibility for his/her actions, the reality is, most won’t. And because you may be asking for a significant amount of money, the trucking company may have hired a lawyer of their own to refute the claims you have made in an effort to remove the blame from them and possibly reduce the amount of compensation you should be awarded.

When a negotiation arises, until you and the other party can come to an agreement on a feasible amount that should be awarded, your case will remain open.

While some cases make it in front of a judge and jury, others are settled prior to this, although it can take some time before both parties agree on an amount that should be awarded to the victim. In most cases, the victim’s lawyer might demand that X amount of dollars is paid and the liable party may say they will pay a little less than what was demanded. And between the constant back and forth between both parties involved, it could take months before an agreement is finally settled on.

Another factor that can cause a victim of a truck collision to have to wait to receive a settlement is when they fail to hire the right truck crash lawyer who is willing to put their case as their first priority. So, if you are looking to recover compensation for the recent accident you were involved in and want to be placed in contact with the best truck accident attorneys in Louisville, KY, then contact USAttorneys.com where you will be connected with a legal professional in your area today. 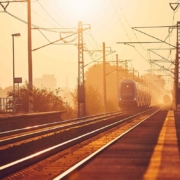 How Negligence is Established Following a Truck Accident?

The Importance of a Trucking Accident Attorney

Milwaukee, WI Truck Driver Cited for Driving Too Fast for Conditions and Causing an Accident

Fault is a factor in damage recovery when a train and truck collide in Pittsburgh.

Finding a Lawyer Should Be Simple

When an accident or any form of injustice is suffered, obtaining an attorney quickly is critical to ensuring a positive outcome for your case – and that’s exactly what we’re here to help you with. USAttorneys.com is your one-stop-shop to find any kind of lawyer you might need to assist you with your legal matters. We’ve got you covered, whether you are seeking an accident attorney following a car crash, medical malpractice attorney after losing a loved one during surgery, or a tax attorney to fight back against the IRS.

Finding a Lawyer Should Be Simple

When an accident or any form of injustice is suffered, obtaining an attorney quickly is critical to ensuring a positive outcome for your case – and that’s exactly what we’re here to help you with. USAttorneys.com is your one-stop-shop to find any kind of lawyer you might need to assist you with your legal matters. We’ve got you covered, whether you are seeking an accident attorney following a car crash, medical malpractice attorney after losing a loved one during surgery, or a tax attorney to fight back against the IRS.

Lawyers are ready to
answer your question.

Advertise With Us Build Your Business
What Rules and Regulations Must Truck Drives Comply with In the State of In... What are Some Common Truck Accident Injuries and How Long do They Take to Recover...
Scroll to top